Topics range from DNA viruses and learning in visual computing to issues relating to migration due to labour, education and displacement / A total of some €47.4 million for the first funding period

The Deutsche Forschungsgemeinschaft (DFG, German Research Foundation) is establishing 13 new Research Units. This was decided by the DFG Joint Committee at the virtual DFG Annual General Meeting on 6 July 2021 on the recommendation of the Senate. The new Research Units will receive total funding of approximately €47.4 million, including a 22-percent programme allowance for indirect project-related costs. The Research Units include three that are to be funded under the lead agency agreement with the Austrian Fund for Scientific Research (FWF) and the Luxembourg Fonds National de la Recherche (FNR).

The funding duration for these consortia is based on the date on which the first draft of a funding proposal was submitted. Research Units which submitted their draft proposals after 1 October 2018 will be funded for a maximum of two four-year periods; this applies to nine of the newly established Research Units. Four consortia are based on a draft proposal received prior to 1 October 2018; these will be funded for two periods of three years each.

NeuroCure PIs and Charité scientists are also involved in one of the 13 new Research Units:

Neurons are highly polarised cells that communicate via synapses, to whose structure and function a large number of proteins contribute. This results in a high degree of dynamism at the synapses, the scene of neurotransmission: specialised processes of protein exchange and renewal are required. How this is regulated locally at the presynapse and how the networked process – proteostasis – functions in this context is a central question of cell biology that has so far only been answered in fragments. The Research Unit “Membrane Trafficking Processes Underlying Presynaptic Proteostasis” is now looking for answers. (Spokesperson: Dr. Michael R. Kreutz, Leibniz Institute for Neurobiology, Magdeburg) 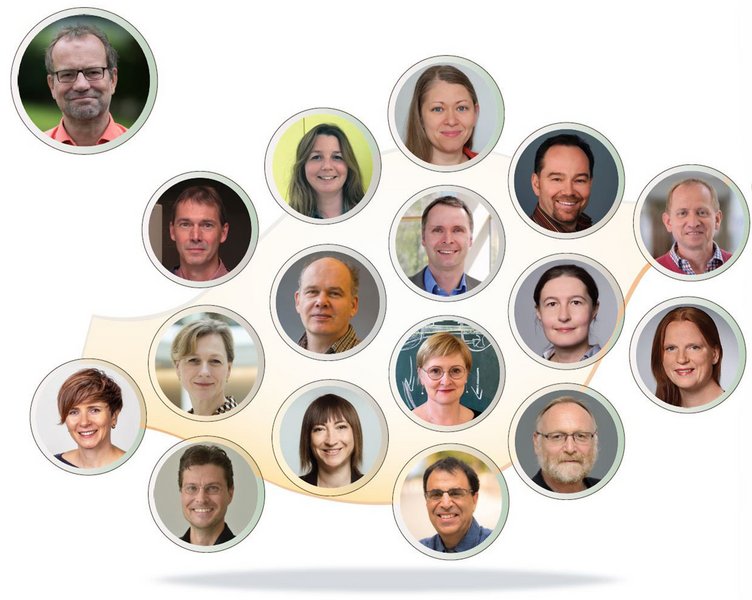 The new DFG research group: 17 researchers at various locations are involved in total. Its spokesperson is Dr. Michael Kreutz from LIN (top left).

In addition to the 13 institutions, it was decided to extend funding for nine Research Units for a second period, again including two that are funded under the lead agency agreement with the Luxembourg FNR.